The poor coverage on the West coast had been highlighted by a near tragedy in 1926 when two Aranmen, who had been marooned on a tiny island at the Eastern end of Árainn, were only rescued with the help of two British trawlers, a retired army officer and the efforts of three local men who volunteered to go ashore in a small boat. We have covered that story in a previous blog. Here 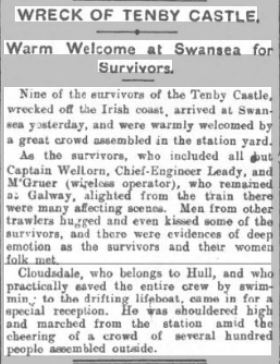 Posted by AboutAran.com at September 08, 2016 No comments: